The Revolution is a campaign to nurture

The campaign will act as a platform which will create coordination between the Government (Central, State and Bureaucrats), Society & Individual.

Every INDIAN CITIZEN is a DESHBHAKT because they directly or indirectly contribute to the nation-building. It was the early stone age when the discovery of controlled fire fueled the progress of mankind and the invention of the Wheel accelerated the growth, the invention of the printing press helped disseminate knowledge wider and faster, the steam engine helped to power the Industrial Revolution, the advent of airplane gave wings to proper dream to fly, and the Internet drove the global social revolution. All the discoveries and inventions by humans were made as he felt the necessity to use them.

Although when we talk about the Industrial Revolution that has catapulted human progress forward as breakthrough innovations suddenly set our imaginations loose on a whole new world of possibility, starting with steam and gas mechanics, which transformed into electric power to create mass production and then used electronics and information technology for automation. Now the digital revolution is characterised by a fusion of technologies that is blurring the lines between the physical, digital, and biological spheres.

Over the course of history on our planet, we have seen numerous revolutions which have shaken the very foundation of nations. From civil wars to wars of Independence, they all fall under revolutions. These incidents usually occur when commoners are seriously repressed and oppressed. 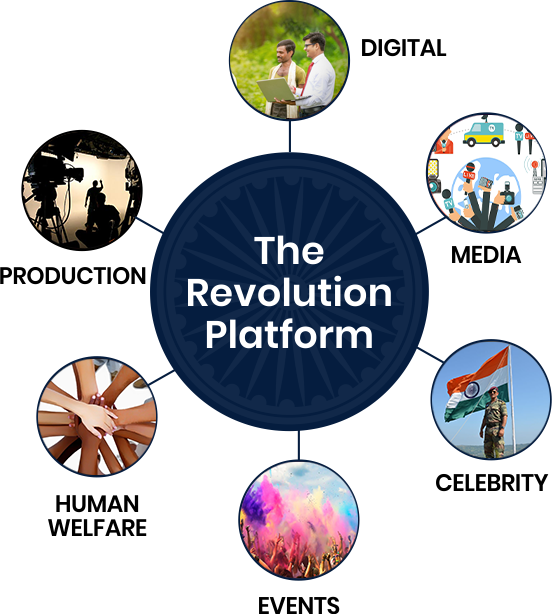 "The aim of life is no more to control the mind, but to develop it harmoniously; not to achieve salvation here after, but to make the best use of it here below; and not to realise truth, beauty and good only in contemplation, but also in the actual experience of daily life; social progress depends not upon the ennoblement of the few but on the enrichment of democracy; universal brotherhood can be achieved only when there is an equality of opportunity - of opportunity in the social, political and individual life."
from Bhagat Singh's prison diary, p. 124 "A non-violent revolution is not a program of seizure of power. It is a program of transformation of relationships, ending in a peaceful transfer of power."
Mahatma Gandhi